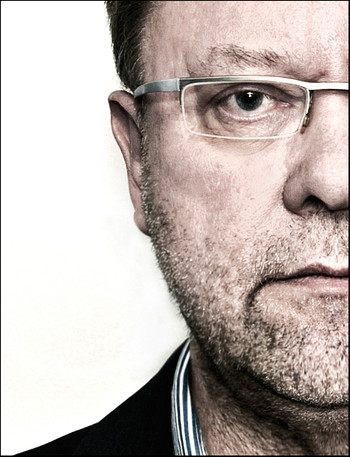 I had spent 33 years working as a dentist and owned a large practice for many years. In 2008 I started to think about retirement from the profession. I had enjoyed my job but I decided it was time for a change. I particularly wanted to pursue my passion for photography. I bought my first camera in 1972 from my first term's student grant. I studied photography at Tameside college over twenty years ago completing several City and Guilds modules and also gained a Licentiateship of the Royal Photographic Society. In 2008 I was awarded a Licentiateship of the British Professional Photography Associates.

In January 2012 I submitted a panel of work at the SWPP/BPPA International Convention in London and was awarded a Fellowship of the Society. My work was judged and very warmly received at the convention by a panel of international experts and has been published. My main style of working is to create images exploring the three spatial dimensions and then additionally to introduce pictorially an interpretation of the fourth dimension, time, by recording movement through this element. Each picture is not comprised of combined multiple images but as a result of utilising experimental lighting techniques to record all the choreographed movement in one single camera exposure.

I shoot several genres of photography and I am available for more conventional commissioned work.